Entrepreneurship Without a Laptop

In the Western world, we have a very distinct ideology of what a modern businesswoman should be. If you conjure up in your mind a typical businesswoman, she would hold a commerce degree or MBA, have the latest IT device and sport an awesome power suit and pair of heels. Well…so I thought.

In 2015, I completed a Leadership and Immersion trip to Uganda with The Hunger Project Australia. The aim of the trip was to learn leadership skills from the most unlikely leaders in the world – women in poverty stricken rural Uganda. I must admit, in my naivety I wondered what leadership and business skills could I possibly learn from subsistence farmers in a third-world country, but it turns out, I learnt my greatest leadership lessons from these women.

Since my trip to Uganda in 2015, I’ve spent time in many rural communities in Malawi and Senegal. My purpose of spending time with these communities is to learn more about the work of The Hunger Project and to capture the stories of the most inspirational businesswomen I’ve ever met. So what’s so special about these businesswomen and how does their leadership differ to ours? Like in Australia, many businesswomen have to fight their way through a patriarchal system, though in Africa, the patriarchal system is at an extreme. An African woman is expected to do all domestic and child-rearing duties and she is also expected to earn an income to support the family. In a rural setting, this generally involves hard physical labour cultivating the land to grow food, however she is systematically denied the knowledge and economic support to grow enough food due to the exclusion of women in key decision making processes in all levels in society.

Take a moment to imagine yourself working in the field whilst six month pregnant and with a toddler in tow. Seriously, how much work are you going to achieve that day? Although these women are incredibly strong and able to endure these hardships, they want change. Understandably they want a better future for their daughters and their communities.

Thanks to The Hunger Project’s initiatives, this change is happening and the women are thriving! When provided with an opportunity for literacy, numeracy and basic business training to take out a microfinance loan, women become highly enterprising. This allows them to become leaders in their community, which in turn, totally reshapes the community in terms of reducing poverty and increasing the education and health status.

To witness this change occurring is a privilege that’s hard to describe. I hate to use the cliché “life-changing experience”, but that’s exactly what it is. Meeting these women leaders and hearing their stories of how they’ve lifted themselves from abject poverty to being in the position to able to send their children to college is on par with a motivational speech from Richard Branson.

Ndeye Loum is an example of a businesswoman I had the privilege of meeting in 2017. She lives a rural village in the Koki region of Senegal, Africa. There is no electricity in her village and most homes are mud brick with a straw or tin roof – very much an authentic African village. Ndeye is a tall, strikingly beautiful woman, but what strikes you more is the dressmaking business she’s created from a microfinance loan offered through The Hunger Project’s Koki Epicentre. Her business is profitable and she’s been able to employ her three brothers and others from her village. She has changed the trajectory of her and her family’s life, but equally important, she’s changing the status of women in her community. She is a true example of a leader and the precursor of positive change for women throughout rural Africa.

Ndeye’s dressmaking business made me think about charitable giving. Well-meaning charities in Australia and other parts of the western world often send huge amounts of second hand clothing and shoes to African nations. In doing so, they unintentionally destroy local manufacturing and trade such as Ndeye dressmaking business. The Hunger Project has taught me that charitable giving must be strategic and sustainable, not simply piecemeal.

Additionally, AACDS offers extensive networking and development opportunities. Our position as industry leaders means that our students benefit from constant advancement avenues. We offer the option for students to complete a clinic placement in additional to hands-on training and run a free graduate recruitment site that connects AACDS students with future employers.

We understand that our students live busy lives, and so study at the AACDS is designed with flexibility in mind. You can study on campus in Perth or online anywhere in Australia. Clinical competencies (hands-on practical training) are available in Perth, Sydney, Melbourne and Gold Coast. Qualifications can be studied on a full-time, part-time or per unit basis. 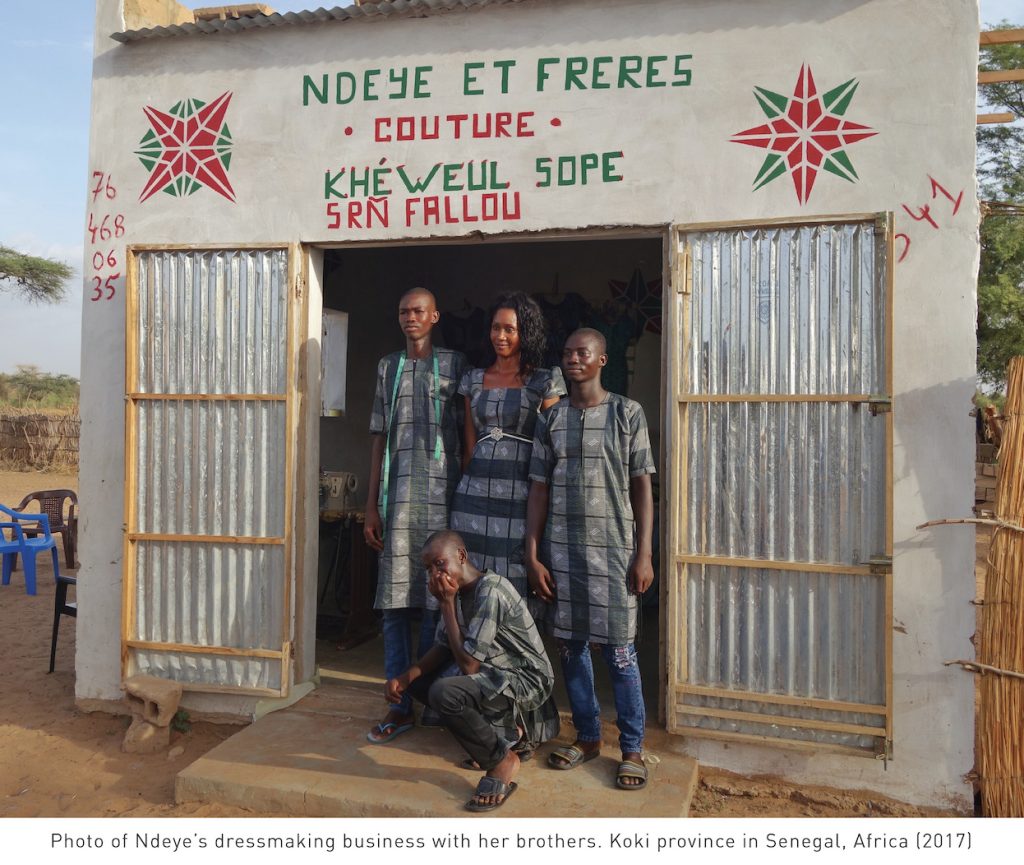 So, how have these businesswomen changed my business you might ask? Spending time in a community so utterly different to your own community helps me think laterally, globally and innovatively. I’ve been able to effectively incorporate philanthropy in my business in a strategic manner. I’m able to use examples of women leaders in Africa as a way to unleash my own and my team’s leadership potential. My team report feeling more connected, inspired and emotionally aware when part of a positive global cause.

On a personal level, I’ve been able to re-evaluate what I spend my money on, how I respond to perceived obstacles and the importance of being a global citizen. My goal for the future is to create a fundraising program where Australian businesses can invest in businesswomen throughout rural Africa, Bangladesh and India, thereby receiving reciprocal benefits from strategic corporate philanthropy.

If you’re feeling inspired this International Women’s Day and would like to learn leadership from a different angle by entrepreneurs who don’t own a laptop, The Hunger Project Australia can provide this. Please feel free to reach out to me at april@niche.edu.au to learn more.

GET THE LATEST NEWS